We have moved into an apartment in Dejvice quarter with a balcony overlooking the inner courtyard. I look at it every day and it makes me feel anxious. It is desolate, parcelled out, dead. “If you live next to something dead, there’s something dead inside you as well,” one of my neighbours said.

The film follows my attempt to tear down the fences and connect the area into a single space. Besides material barriers, inner blocks are revealed as well; the hidden mechanisms of fear of my neighbours (including myself) that play a crucial role in today’s isolationism. Besides a record of a particular action, the film is also a reflection on what is normal in today’s neighbourly relations as well as in close relations among people in general. 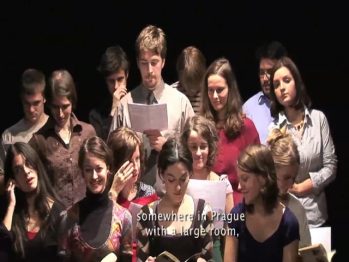